...hummingbirds, tanagers, trogons, toucans, falcons, hawks and the spectacular cock of the rock...

Ecuador is one of the most amazing places in the world for bird-watching. More than 1600 species of birds inhabit or visit regularly the country and give Ecuador the highest ratio of species per square kilometer in the entire planet. Within the country’s small space, the richly diverse geographic, climatic and ecological habitats and ecosystems have provided the conditions to host twice the number of species found in all of North America. Experts agree that Ecuador holds around one-sixth of the birds’ species in the world. And, even if Peru and Colombia have a higher count of species, their larger surface still makes Ecuador the winner in terms of species per square kilometer.

The proximity between the entirely different geographic worlds which Ecuador boasts within its small territory, the Andean Highlands, the Amazon Region, the Pacific Coast and the Galapagos Islands, makes it easier to travel and to see more species at different locations and diverse habitats within shorter periods of time. The Pacific cloud forests on the western slopes of the Andes and the Amazon cloud forests on the eastern slopes of the Andes provide some of the best venues for extraordinary bird-watching in Ecuador, with the added advantage of easy accessibility, infrastructure and proximity. 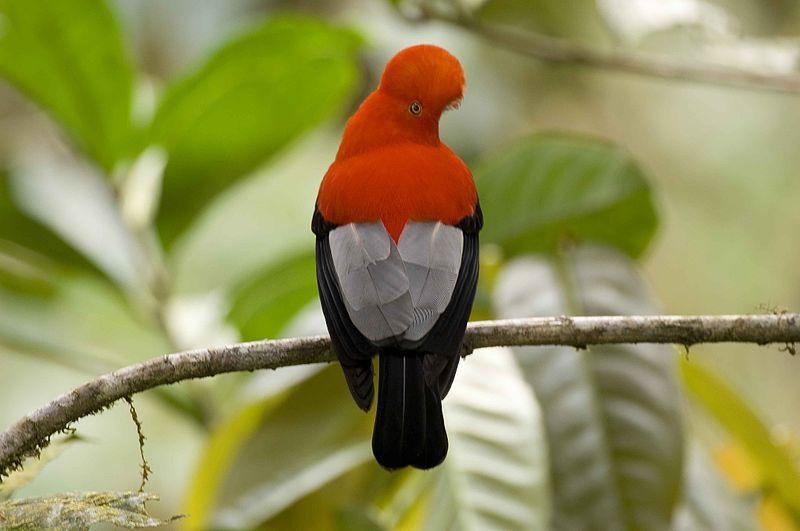 The bird life in the Andes depends greatly on the altitude and the conditions of the climatic floors or zones. The king of the avian fauna here is the mighty Andean Condor, one of the largest winged creatures in the planet. The Condor is Ecuador’s bird symbol and is found on the nation’s official Coat of Arms. Unfortunately, illegal trafficking, hunting and deterioration of their natural habitats have brought the species to the borderline of endangered species. For dedicated birders, the local operators have identified certain locations where, with some luck, free-flying condors can be observed in the wild. The slopes of the spectacular Antisana Volcano, just an hour and a half east of Quito, is one of the venues with good chances of spotting these magnificent fliers. Several rescue centers for controlled care, reproduction and release back to nature of condors are found on some tourism centers and facilities, such as the colonial Hacienda Zuleta and Parque Cóndor (Condor Park) near Otavalo, both north of Quito.

Hundreds of other species of birds can be observed in the Andean Region. However, it is the hummingbirds who take the center-stage, with their dazzling-multicolored plumage and awesome flight and aerial maneuvers. You find them in gardens, homes, parks and of course in the countryside and wild areas. Ecuador has more than 120 species of hummingbirds and one of them is the species that lives at the highest altitude, above 14.000 feet above sea level, the Star Hummingbird. Even though not so common, it can be found in the high moorlands of the Cayambe, Antisana, Pichincha, Cotopaxi or Chimborazo volcanoes. A superstar of the hummingbird universe here is the Andean Swordbill, which proportionally has the longest beak in the world: 10 centimeters in a 13 centimeter body.

The Andean birdlife differs to a good extent between the Northern Andes and the Southern Andes, as the habitat conditions are different in each zone. The National Parks and Reserves, among them the Cotopaxi National Park and the Chimborazo Wildlife Refuge offer great bird-watching venues. Further to the south, the Podocarpus National Park is home to more than 500 species of birds, ranging from Andean to subtropical and rainforest species. 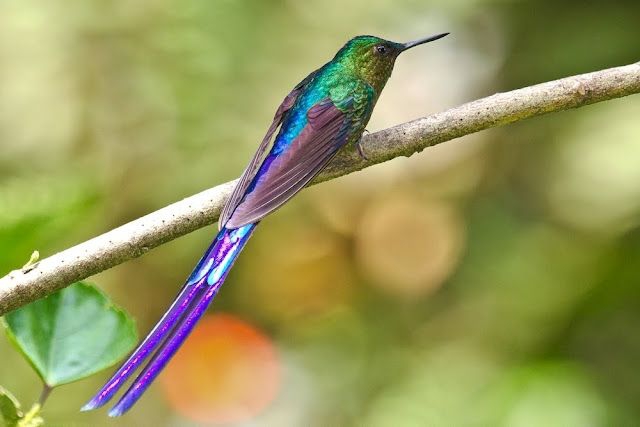 These areas are considered as some of the planet’s hot spots of biodiversity. Hundreds of species of hummingbirds, tanagers, trogons, toucans, falcons, hawks and the spectacular cock-of-the-rock are just a few of the feathered wonders you can find in these venues. The Valley of Mindo-Nambillo, just a one-and-a-half-hour drive northwest of Quito is one of the most popular birding hubs in Ecuador. To the east, the areas surrounding Baeza, Baños, Cuenca and Loja also offer good locations for great bird-watching.

Locally called the “Oriente” (the east), the Amazon Basin occupies more than 40% of Ecuador’s total surface and is predominantly made of pristine rainforests which are home to hundreds of species of birds. Here, the colorful macaws, parrots and parakeets; toucans, woodpeckers and wood-creepers; red-capped cardinal birds, myriads of flycatchers, together with streaked tiger herons, varieties of kingfishers and falcons, dominate the lush scene. One of the rarest yet quite abundant birds in the area is the pre-historic Hoatzin bird. The Yasuni National Park, mainland Ecuador’s largest protected area offers numerous venues for birding adventures, as well as the Cuyabeno Wildlife Reserve and the Limoncocha Biological Reserve. 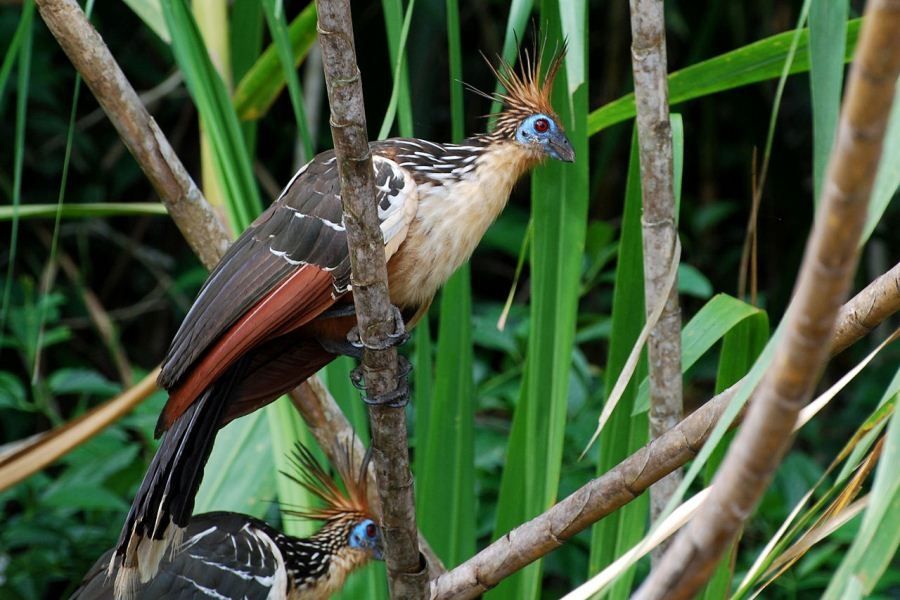 This western stretch of Ecuador has a greater variety of habitats, which means more and different bird species to see. From the wet Chocó rainforests of the north to the dry tropical forests of the central and southern coast, the area hosts the Pacific parrolet, the Ecuadorian trogon and other unusual species. Machalilla National Park, including La Plata Island, the delta of the Chone River, with Isla Corazon’s Frigate Birds Refuge and the Wetlands of La Segua; the rice fields of the Guayas province and the Manglares-Churute Reserve; the coastal lowlands, mangroves and oceanic habitats provide more opportunities for superb bird-watching.

This unique wonder of nature and the world’s first-ever UNESCO World Natural Heritage Site is the home to endemic species such as the twelve species of Darwin’s finches, the Galapagos Flightless Cormorant, Galapagos penguin (the only penguin on the Equator) and the Galapagos or Waved Albatross. Other non-endemic species found abundantly in Galápagos are the blue and red-footed boobies, frigate birds, red-billed tropic birds and many more, making the Archipelago yet one more remarkable birding place.

BIRDING TOURS, GUIDES AND GETTING AROUND

There is so much to see and so many alternatives, that a good number of Ecuador's tour operators offer bird-watching special tours and packages to the diverse regions of the country. Some tour outfitters are exclusively specialized in the bird-watching segment and provide great insight for the dedicated birders. While Field Guides are useful, the best way to enjoy this birds’ paradise is with the company of a trained expert naturalist and/or native guide, who knows the area and its winged inhabitants to perfection. Plenty of hotels, lodges and other facilities are available throughout the country and on its most popular birding destinations. Reaching most locations takes from short drives to a few hours’ overland trips or thirty minute flights to local airports, the gateways for the farther areas.