... from the Andes towards the Amazon Rainforest passing by impressive cascades, deep gorges ...

The last decade has seen an important growth in the use of bicycles in Ecuador, both as a regular means of transportation, as well as for diverse levels of sporting activities, not only for the local population but also for the international travelers. Today Ecuador offers a host of alternatives for visitors: for those who want to do “light” biking, as well as for the more adventurous who want to discover some of the country’s marvels and tourism attractions riding on a bike, and even for voyagers who are on the lookout for full-adrenaline, extreme-sports bike adventures.

Quito, the capital city, has taken a leading role in creating a “bicycle culture”. Aiming to promote healthy lifestyles and also to foster a reduction of air contamination by using more bikes than cars, Quito is a city friendly with bikers in many practical ways. Recently, several streets and avenues have spared special lanes for the exclusive use of bikers throughout the city. For several years, the city has designated Sunday as the day for “Ciclopaseos” (bike rides), an event that convokes thousands of citizens of all ages, from small children to senior citizens, to take on the streets and do several lengths and routes of urban rides across most of the city. During several hours in the morning (8 am to 2 pm) some streets and avenues are totally or partially closed to motorized vehicles, in order to allow for the bike riders to take over the city and enjoy it in family or friends’ groups. The route crosses the city from North to South. Institutions like the National Police, the City’s Metropolitan Police, Red Cross and other rescue and security agencies keep a close watch and are ready to rapidly assist any emergencies which might arise. 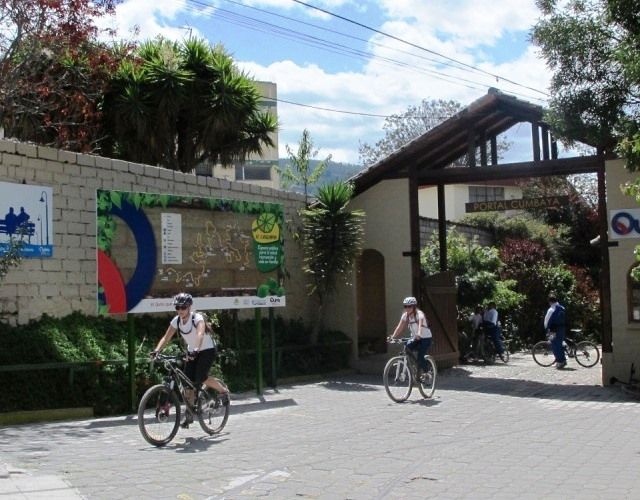 Quito’s larger parks, especially La Carolina and Parque Metropolitano have special bikers’ lanes and also allow for every day bicycling on pleasant routes, mainly flat rides over paved terrain, to enjoy the bikes in the quietness of these city lungs, surrounded by trees, small lakes and the songs of birds. The newly opened Parque Bicentenario (Bicentennial Park) which occupies part of what was the city’s old airport is also becoming the venue for biking outings and the same is occurring in some of the parks of the city’s southern neighborhoods. The highly scenic Itchimbía Park, located atop one of the city’s formerly Sacred Hills in Pre-Inca times, also features lanes and routes for biking, with the stunning sight of the city’s Historic Center as well as its most northern or southern extremes, the icon Hill of El Panecillo and the giant and majestic Pichincha Volcano, at whose foothills the city lives. Biciaccion, a non-profit national NGO (www.biciaccion.org) even offers special nocturnal bike tours of “patrimonial Quito”, featuring some of the best attractions of the city’s Historic Center, the first-ever UNESCO World Cultural Heritage Site. The entity has a national coverage and caters for tours and information for bikers throughout Ecuador.

Following the example of Quito, Guayaquil, Ecuador’s largest city and main seaport, one of the most important in the Pacific coast of South America, has also started scheduled days and routes for massive biking as well as allowing for the activity to take flight in the new city parks. And the same is being replicated in Cuenca and many cities in all of Ecuador. The biking “boom” is fully underway. 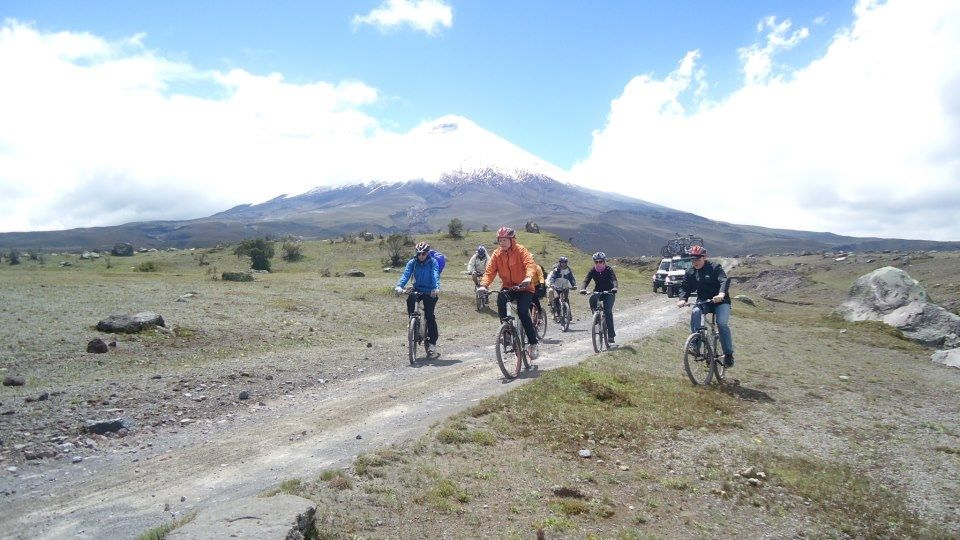 In addition to Biciaccion, dozens of other specialized bikers’ associations, clubs, foundations, NGO’s and tour operators offer an ample portfolio of alternatives for more advanced outdoors, sports and adventure biking throughout Ecuador’s four natural geographical regions: the Andes, Amazonia, the Pacific Coast and even the Galapagos Islands, where, on the inhabited islands, many hotels and touring outfitters offer for-rental bikes and organize tours of diverse lengths, routes and levels of difficulty. Most cities throughout Ecuador where biking is on demand, also provide biking equipment, assistance, staff, guides, security and even spare parts, wheels and repair shops. Some of the most popular biking routes are located on the eastern and western flanks of the Andean cordillera, particularly on the outer flanks which descend either to the Amazonian plains, east, or to the coastal flatlands, west, precisely because they offer challenging descents, down-hills, up-hills and winding routes partially paved and partially gravel, soil, dust, mud and all the possibilities of combined materials to undertake from soft adventures to hard-core sports biking trips.

As a matter of examples only, we will name three of the more popular biking destinations and centers: Mindo, a picturesque enclave located less than two hours from Quito in the heart of the Andes’ western cloud forests and a popular bird-watching and adventure sports destination, is either the destination of biking tours that start off from the capital city itself or it can also be the center out of where countless bicycle expeditions can be made over dramatic terrains, across small rivers, past cascades and amazing landscapes and natural areas. Another popular sports’ site is the equally picturesque city of Baños (meaning “Baths”), an ancient thermal center at the northern foothills of the Tungurahua Volcano, on the Andes’ eastern cordillera, some three hours south of Quito, another recognized hub for ecotourism and adventure sports. The biking routes here descend from the Andes towards the Amazon rainforest passing by impressive cascades, deep gorges with roaring rivers descending towards the Amazonian plains and otherworldly sceneries framed by luxuriant vegetation and exuberant nature. High mountain biking tours around the splendid Cotopaxi Volcano are offered and several of the beautiful Haciendas and country inns around the Avenue of the Volcanoes offer biking activities. 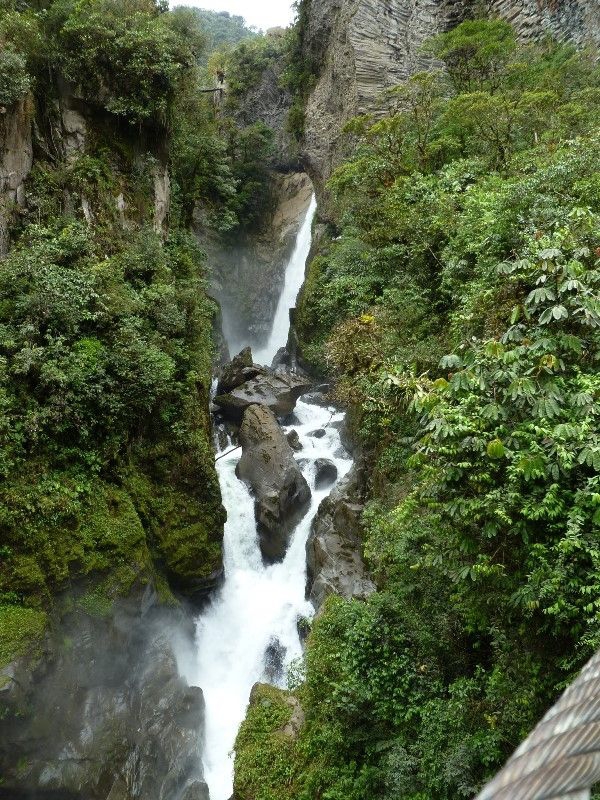 The extraordinary topography of Ecuador ranging from snow-covered colossi towering over 19.000 feet of elevation, to the coastal or Amazonian plains, at sea level, provide for countless locations, sites and opportunities to enjoy the country’s natural richness and beauty, get first hand contact with its hospitable people and learn about its rich culture, festivities, delicious gastronomy and to practice diverse sports, with bicycles being one of the most popular ones. If your voyage plans include biking in Ecuador, you will most likely live some unforgettable experiences. For more detailed information, please contact any licensed tour operator or hotel concierge.