The population of Ecuador is predominantly Catholic and thus the Christian Holy Week is celebrated with intensity and a variety of ceremonies and events. Together with Christmas, this is the most important religious period of the year for Catholic Ecuadorians, and the many rituals on the agenda have very rich cultural roots and ancestral traditions, some brought in by the Spaniards and European priests and friars, while others boast a more local origin. The Holy Week period begins with Palm Sunday and ends a week later, on Easter Sunday.

While ceremonies and events take place in most of the Ecuadorian territory, the epicenter of the celebrations is Quito, the historic capital city of present-day Ecuador, renowned for its colonial architecture and fantastic religious art. With its dozens of amazing and centuries-old churches, cathedrals, convents, squares and history-rich spaces, it becomes the perfect stage for the religious rites and events which mark the “Holy Week”. 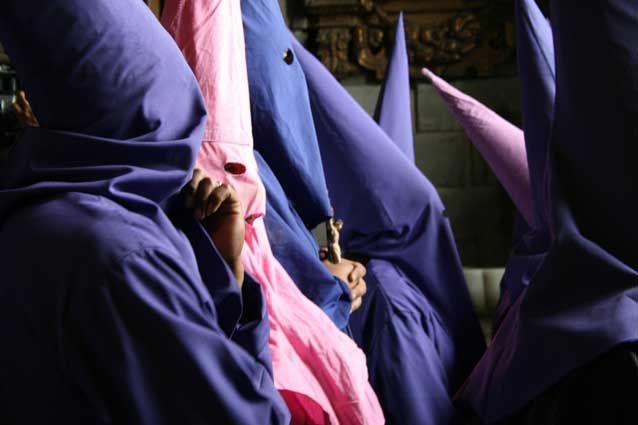 The commemoration begins with the “Blessing of the Palms”, which occurs on the Sunday before Easter. This ceremony revives the triumphant entrance of Jesus Christ to Jerusalem where he was hailed as God’s Son and received with arches of palms. In Quito, the main location for a massive “Palms Blessing” ceremony is the five hundred-year old San Francisco Square, one of the city’s most important icons. Thousands of worshippers fill the historic square. Similar ceremonies are conducted in other places of the city and throughout the rest of Ecuador.

During the entire week, Quito’s splendid churches and convents become ideal venues for superb concerts of Religious and Classical Music, performed by renowned national and international symphonic orchestras, groups and choirs. On Holy Wednesday, the very solemn ritual of “La Reseña” takes place in Quito’s Metropolitan Cathedral.  This awe-inspiring ceremony has its origins on a Roman ritual reserved to honor a general fallen in battle. This rite is presently performed only in the Cathedrals of Quito, Ecuador; Seville in Spain and Lima in Peru. 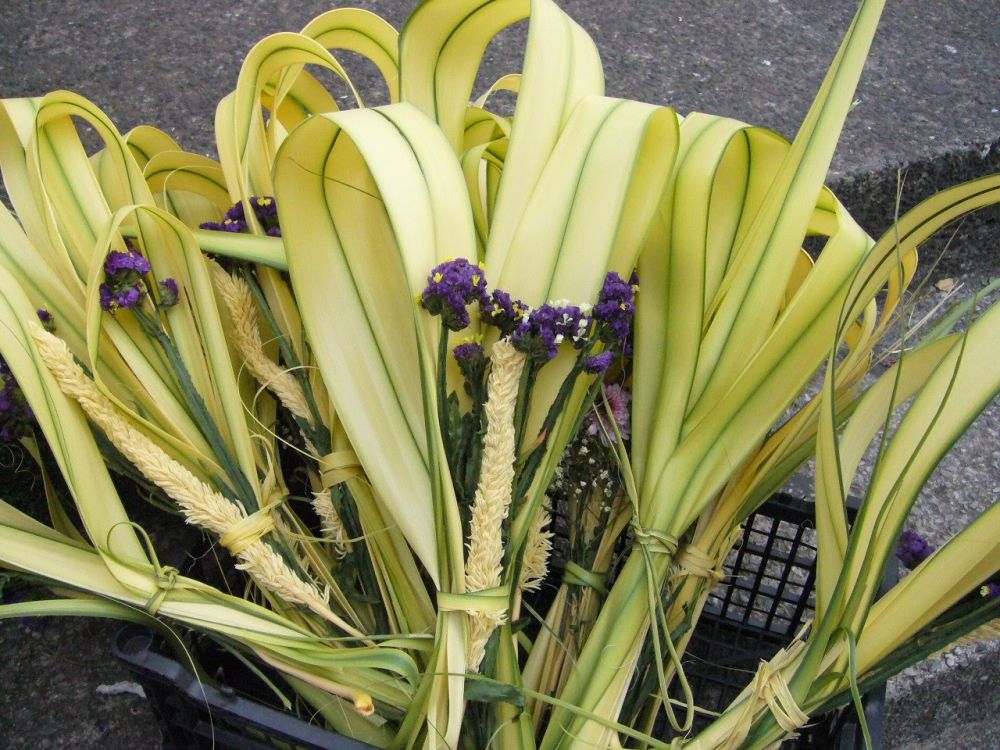 On the evening of Holy Thursday, the “Cleansing of the Feet” ceremony takes place also in the Cathedrals of Quito, Guayaquil and other cities, to commemorate Jesus’ humble gesture of cleansing his apostles’ feet. The highlight of the Holy Week happens on Good Friday, with Quito’s famous “Jesús del Gran Poder” (“Jesus of Great Power”) Procession. This is one of the country’s largest human concentrations, covering much of Quito’s Historic Center. The Procession is presided by the wooden sculpture of the highly venerated “Jesus of Great Power”, a colonial relic that is adored permanently on a special altar at the fantastic Church of San Francisco and only goes out once a year to preside this immense procession that brings thousands and thousands of worshippers from around the country and abroad. The event also attracts thousands of local and foreign spectators who come to admire this dramatic demonstration of religious faith. Among the most interesting characters of the procession are the famous “Cucuruchos”, predominantly men of all ages, dressed in long purple gowns, their faces covered by purple face-masks and very tall and pointed purple bonnets, a distinctly Hispanic tradition with some touches of Moorish influence, brought in by the Spaniards during the Colony. Many walk barefooted, bare-chested and carrying crowns of spiny plants which make their foreheads and torsos bleed. 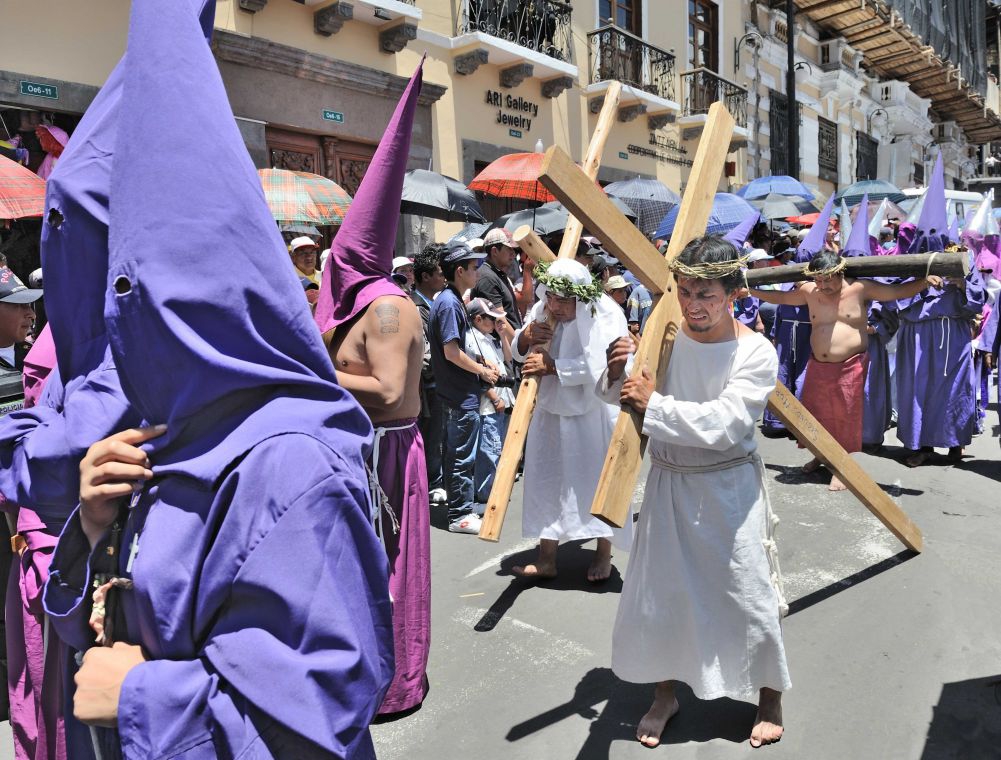 In Guayaquil, Ecuador’s largest city and main Seaport, another massive procession takes place, carrying the equally venerated sculpture of the “Cristo del Consuelo” on a similar demonstration of faith with many thousands of participants.

On several smaller cities and rural towns, especially in the Andean Region, live dramas performed by native inhabitants recreate the Passion and crucifixion of Jesus, with some local touches which reflect the ethnic, cultural and religious blend of the country’s population. These colorful events are increasingly popular with international travelers.

Easter Sunday features solemn masses in remembrance of Christ’s resurrection. The agenda of events closes in Quito, at sunset time on Easter Sunday, with an unparalleled Bell Concert performed in a magnificently synchronized way by the hundreds of bells of the churches, convents and cloisters which fill Quito’s fascinating Historic Center, adding one more component of art and culture to the religious celebration.

A special feature of this celebration in Ecuador is a local gastronomic specialty, one of equally Hispanic and indigenous roots: the delicious “Fanesca”, an elaborate soup made with a variety of beans, lentils, peas, hominy, corn, pumpkin and other ingredients. The thick soup is cooked with dried salted cod and garnished with slices of hard-boiled eggs, fried plantains and small flour fritters. The platter is a “must” during the Holy Week and during the time preceding this celebration; one more element of the varied cultural roots which enrich Ecuador’s Heritage (get the whole recipe here).

Check-out other celebrations and festivals in Ecuador.

Learn about other typical Ecuadorian food. 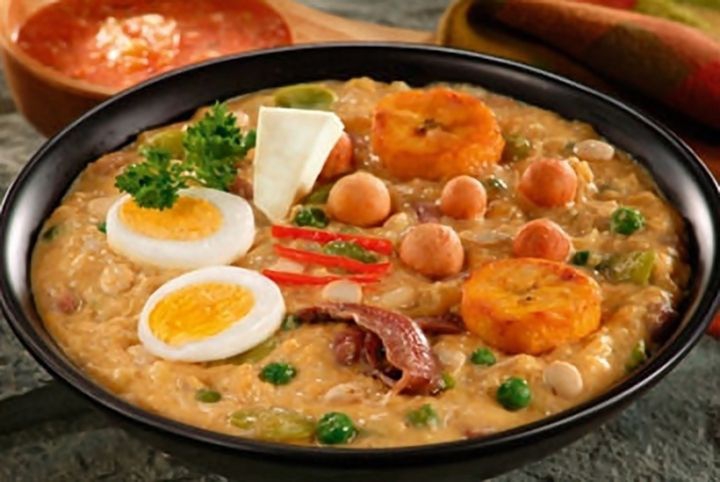