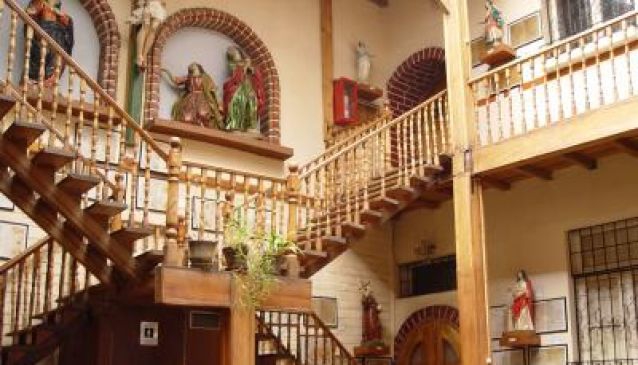 This delightful museum can be found in a colonial house built in the 18th century and is mainly dedicated to the life of Manuela Saenz, a major figure in Latin American history.

The colonial house is a mansion which was remodelled in 1890 in the Republican style. There are 11 rooms in total, which stitch together the life and times of this lady, who was in her time also known as the Liberator's liberator. This is due to her unrelenting quest to secure the freedom of Latin America.

Manuela fought with both mind and body, for she also took her place on the actual battlefields themselves. She was always a controversial figure and in her final days was destitute and penniless, but this museum seeks to honour her memory and all the incredible work she did.

The museum also focuses on her love affair with Simon Bolivar, and showcases many of the love letters exchanged between the two. Some of Bolivar's personal effects are on display, such as his chamber pot (weirdly), his dagger, sabre and revolver.

The third important figure the museum pays attention to is Field Marshall Sucre, another fighter for Ecuadorian independence. If you tire of finding out about the revolutionary trio, you can also enjoy some oil paintings from Europe, religious sculptures and Chinese and African marbles.