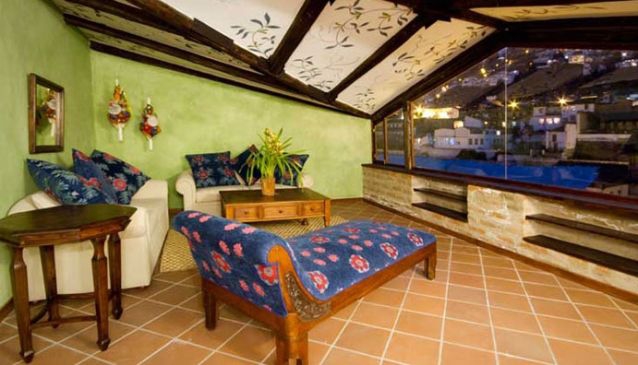 On one of the most traditional streets of Quito's colonial downtown, an old house that was remodeled into a charming 22-room hotel, with all the modern conveniences added to the original building.

After a very complex remodeling process in accordance to strict municipal regulations for historic buildings, this old building has become a charming hotel with its 22 rooms arranged around a beautiful central patio, mixing cultural traditional and contemporary elements and with all the modern conveniences built into the original facilities. The rooms have been designed to reflect the true atmosphere of the unique colonial center of Quito - Ecuador.

La Ronda is one of the oldest streets of Quito, dating back to 1480, and was the bohemian heart of the city, the gathering place for painters, writers and poets of the 30s. In the houses of this narrow street, many of the traditional folk songs were written and politicians, romantics, and bohemians spent their time on its walkways. Today, La Ronda has regained its charm with galleries, cafes, bars and shops that have moved into its historical houses.