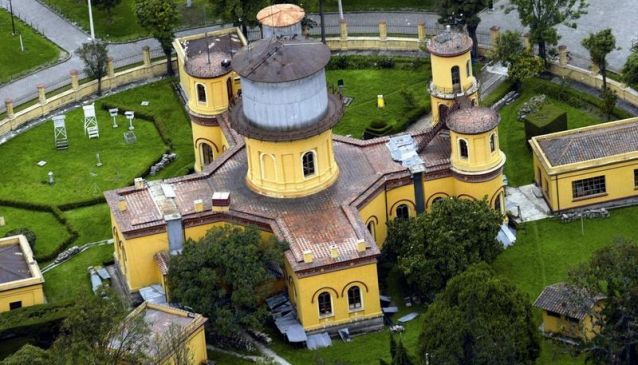 The Alameda Park is located near the historic centre of Quito, between Gran Colombia Avenue and the streets Sodiro and Guayaquil. Being the oldest park in Quito, the six hectare space was previously known by the indigenous Indians as 'Chuquihuada' (in Quichua this means arrow head).

Alameda Park has some significant history, remnants of which still exist some places, like the Quito School of Arts and the Astronomic Observatory, built in 1864 during the presidency of Gabriel Garcia Moreno. During the time it was built this was the best-equipped observatory in South America, and today it still operates with its original instruments, making it the oldest observatory in Latin America and well worth a visit.

In the park you can find some trees of significant size, many of which are very old. Botanical scientists have discovered important native species of plants and trees here, such as the acacia, palm tree, cedar, ash-tree, pumamaqui, yaloman, myrtle, eucalyptus and magnolia.

Today visitors come to Alameda Park to relax and to spend some time in the small lagoon, navigating the small boats available for rent. In the park you can also find some fascinating photographs of the area that were taken by old cameras.