To the south and the west, the giant Gulf of Guayaquil, a deep indentation of the Pacific Ocean...

Guayaquil, Ecuador’s largest city and the most important port on South America’s west coast, is a fascinating and unique place.

Admirable Pre-Columbian cultures, mainly the Huancavilcas, occupied some of the spaces now used by the nearly three million inhabitants’ metropolis. Farmers, astronomers, merchants and seafarers, the early inhabitants realized the privileged location they had along the enormous and extremely fertile delta of the grand Guayas River, as well as their proximity and direct access to the huge Gulf of Guayaquil, leading directly to the Pacific Ocean. Over sighted by the Incas, the Spanish rapidly found the unique location and founded the City of Santiago de Guayaquil on July of 1835.

One of the main elements that give Guayaquil a unique charm is its natural setting: to the east, the gigantic and fabulous Guayas River bathes the waterfront of the city while to the north, the picturesque Hills of Las Peñas, Santa Ana and El Carmen act like natural beacons, with the added attraction of their restored multi-colored houses. To the south and the west, the giant Gulf of Guayaquil, a deep indentation of the Pacific Ocean, penetrates miles inland, to also frame the city with mangrove-lined waterways where cormorants, gulls and ducks and more multi-colored houses, paint the scene. The vast flatlands to the north have provided the space for “modern Guayaquil”, a kind of South American Miami with a very Latin accent.

The city combines in well delimited spaces the Old and the New; the antique and the ultra-modern, the sights of South America’s west coast largest river and the “salty” waterways penetrating from the Pacific Ocean; the emblematic green hills and a preciously restored Historic Center; the colonial churches, buildings and squares along with the super modern Shopping Malls, a modern mass-transportation public system or the city’s award-winning international airport, a few minutes away from any point in the city are added elements that contribute to the city’s special ambiance. The old cobble-stoned streets and pedestrian spaces are the venues for artists, writers, bohemians, historians and musicians. It is perhaps that amazing blend of elements which creates that special atmosphere, “the Spirit of Guayaquil”.

But it is also the people who count and much. Guayaquileños are consistently described as lively, fun-loving, open, cheerful, hard-working yet relaxed people who always find the time and place to munch on a typical food delicacy at a street-corner kiosk or to down a delicious Ecuadorian beer to quench the thirst on those hot tropical days where temperatures around 90 degrees Farenheit and high humidity call for a momentary halt in one’s daily chores. As we add hospitable and friendly people to a unique and beautifully rare natural setting, we may be getting closer to the key to that special tropical magic that the city exudes. 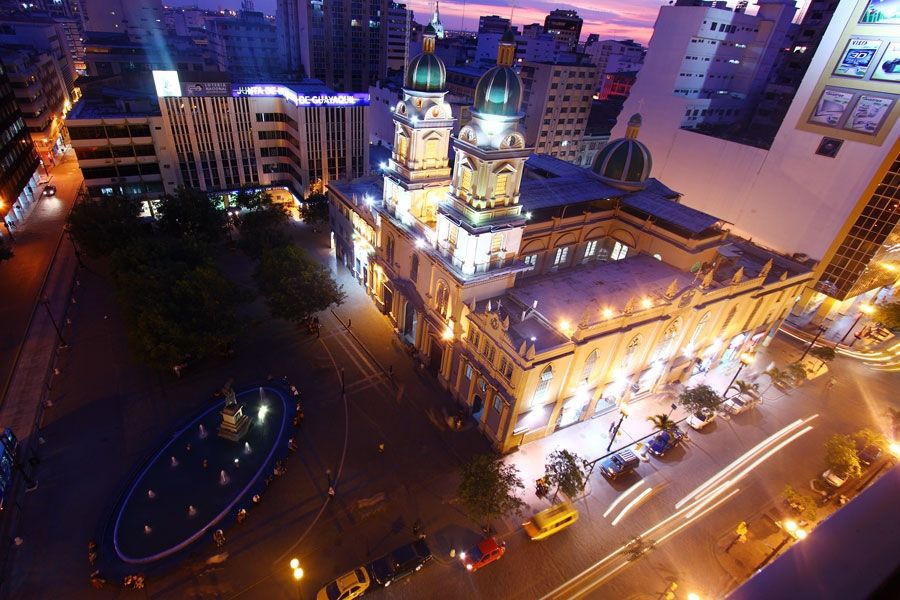 The “must see” touristic places of Guayaquil include much of the city’s neatly restored Historic Center with its centerpiece, the “Malecón 2000” Waterfront, a two-mile long stretch along the Guayas River’s shores, filled with playgrounds, food courts, monuments, statues, gardens, fountains, small shops, an IMAX theater, the MAAC (Anthropological and Contemporary Art Museum) and a host of historic buildings. Not to be missed along the Waterfront are the Old Moorish Clock Tower and the imposing Hemicycle which commemorates the historic encounter, at the shores of the Guayas River, of South America’s two most important Independence heroes: Simón Bolívar and José de San Martín. Then it is the picturesque Las Peñas neighborhood with its old houses and art-filled galleries. The 444 steps leading to the summit of Santa Ana Hill are well worth the effort, with the colorful houses and small eateries, bars and cafes, making for one of the city’s most attractive venues. The Square of the Administration with the Governor’s Palace and the Municipal Palace, the Seminario Park (popularly known as the “Iguana Park”) right in front of the city’s imposing Metropolitan Cathedral; the colonial churches of San Francisco, La Merced, San Agustín and Santo Domingo are architectonic relics and centers of fabulous religious art. Several museums, the Obelisk to the Heroes of Guayaquil’s Independence in 1820, and the El Salado Waterfront Parks with their fantastic “dancing waters” framing the deep entrances of the Pacific well into the city’s north and west are “musts” to be added to the list. Not many cities offer their Cemeteries as tourism attractions. Two notorious exceptions are New Orleans in the United States and Genoa in Italy.  Well, please allow a space also for Guayaquil’s General Cemetery, a masterpiece of 19th Century architecture with its impeccably white and splendid mausoleums and sculptures, also worth a visit. 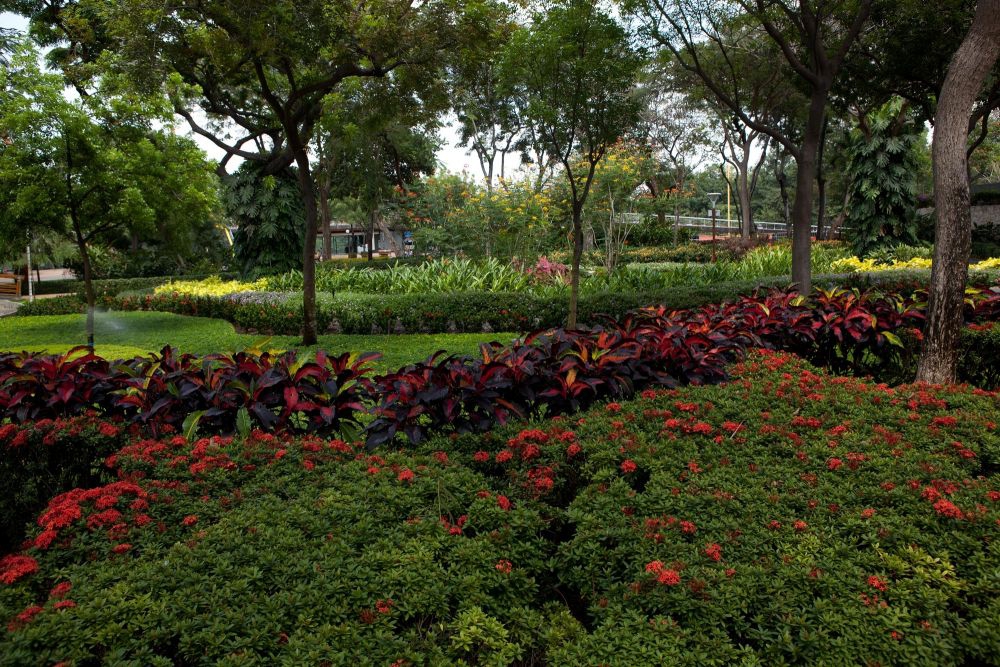 Modern Guayaquil vibrates with intelligent buildings, large business and commerce centers, wide avenues, startling shopping malls, a host of top-class hotels, restaurants, cafes, bars and entertainment spaces. The city’s Gastronomy, whether at its purest and simplest or in imaginative and sophisticated fusions is a real delight and enchants the palate, particularly for those who like fish and seafood. Night life is second to none in Ecuador in terms of the amount of discotheques, bars and music places, where you can immerse in the tropical spirit and rhythms, dancing the night away, celebrating that hard-to-explain, yet real and uniquely magical charm, the actual “Spirit of Guayaquil”, a city where you can never be bored.

Would you like to learn more about Ecuador? Visit our regional overview page.

If you plan to visit Ecuador, check-out our accommodation listings and our things to do section.

You can also read more interesting travel articles about Ecuador. 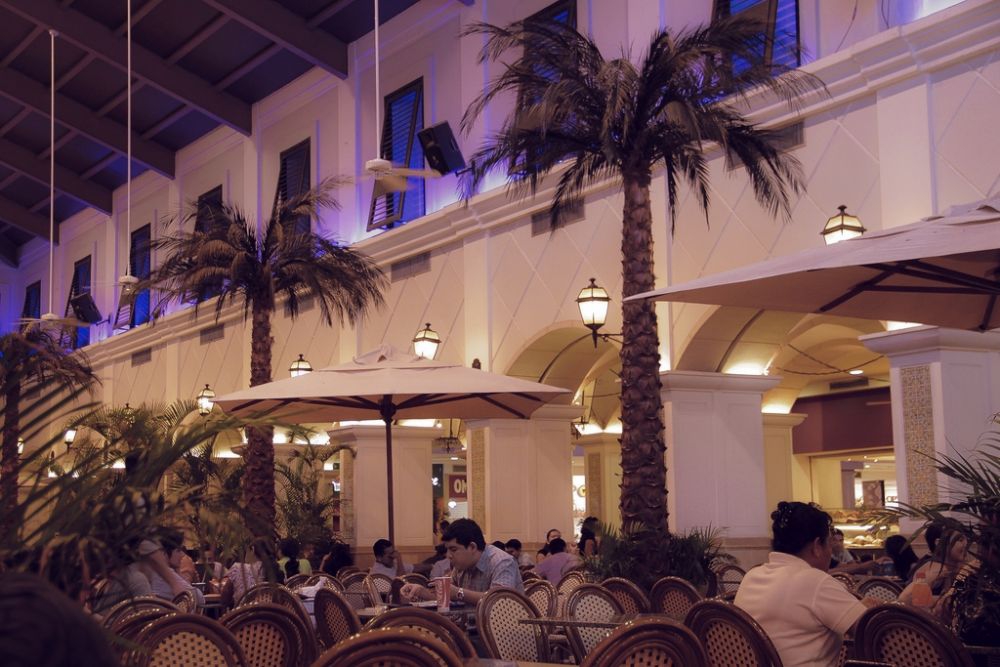