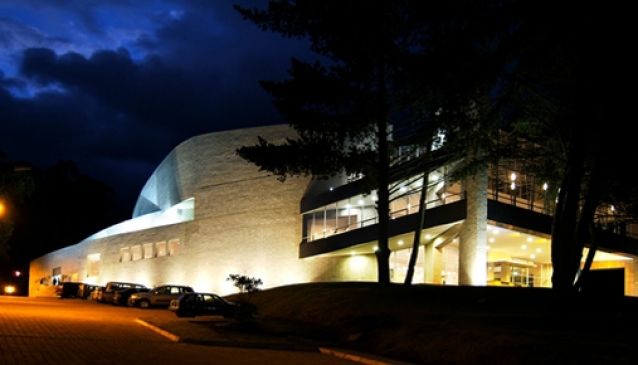 The Philharmonic Foundation Casa de la Música is a non-profit organization dedicated to the diffusion of music. Since its creation it has contributed enormously to the music culture in Quito. Its home, the Casa de la Música, is one of the best concert halls in the continent presenting high quality national and international music events in a modern building with exceptional acoustics and visibility.

Casa de la Música counts with modern facilities built in 2006, a concert hall with a 700 people capacity as well as a recital hall with an 80 people capacity. It also has a cafeteria which is open for events and has a panoramic view of Quito. The splendid building is an architectural pride for the city.

The events presented include 'Family Sundays', music recitals and concerts, opera video projections, master classes and more, most of which are at very convenient prices to achieve the foundation's goal of putting music into more people's reach.