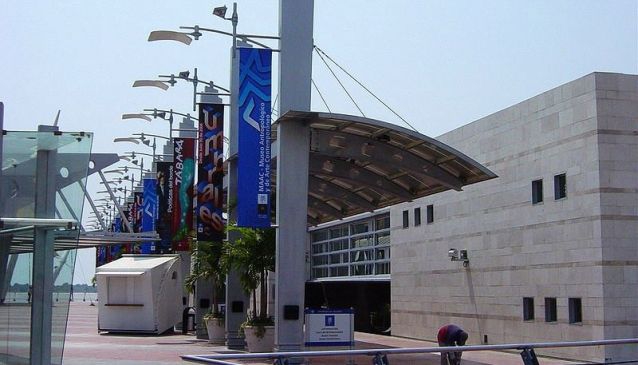 The museum has a permanent collection of over 58,000 archaeological pieces belonging to the coastal pre-Columbian cultures that inhabited Ecuador between the years 8000 BC and 1400 AD. It also exhibits 3,000 works of modern art from the late 19th century until nowadays. A library specialized in archaeology and art is available for the public.

The MAAC has constantly temporary exhibitions and workshops as well as other educational programs for young and adults. They are very active in cultural matters. They also have an outdoor platform where they usually organize concerts and other events.