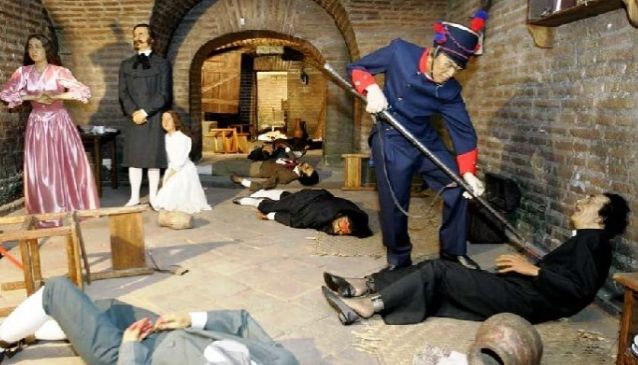 This museum is housed in the old headquarters of the Real Audiencia de Quito and exhibits a collection of objects and historical documents related to the most important events in the frame of the independence process of Ecuador, from 1736 to 1830.

Its name is in honor of don Alberto Mena Caamaño, whose art collection and historical documents donation to the Municipality of Quito in 1957 were the base to create the museum.

It opened in 1970 with a scene of lifelike wax figures that represents the massacre of August 2 1810, a well known tragedy of Ecuadorian history. The scene is based on a 1909 painting by César Villacrés and the wax figures are by French artist Alexander Barbieri. This scene is why the museum is better known as "The Wax Museum".