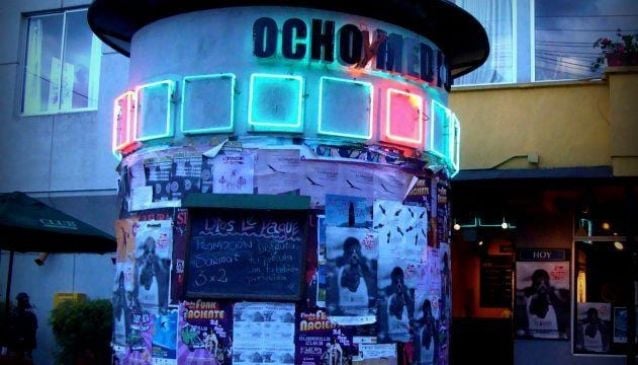 Ochoymedio is one of the most important institutions in Ecuadorian cinema. Founded in 2001 by a group of filmmakers, producers and artists, the organisation and venue aims to promote film culture and the magic of cinema.

Ochoymedio is located in the La Floresta neighbourhood - a creative hotspot of Quito - and is Ecuador's first alternative film venue, loved for its cosy and bohemian atmosphere. Its two screens showcase European, Latin American, Ecuadorian and independent films.

Also hosted here are avant-garde theatre productions, festivals and photography exhibitions; many of the venue's rooms have stages suitable for performing arts, with one boasting a capacity of 380 seats.

Ochoymedio is not just a cinema; it is a local pioneer in the promotion of film making and interest in movies. The team behind the organisation and venue are passionate about film, and host major film festivals in Ecuador, produce exhibitions, courses and educational projects, and have even produced a feature film. Ochoymedio also prints a newspaper that is widely considered to be Ecuador's most comprehensive film publication.

A visit to Ochoymedio is a journey back to the time when going to the movie theatre was an exciting, revelatory experience. With many films watched online now, it's time to rediscover the magic of cinema. Tickets here cost $4.80, with concessions offered.