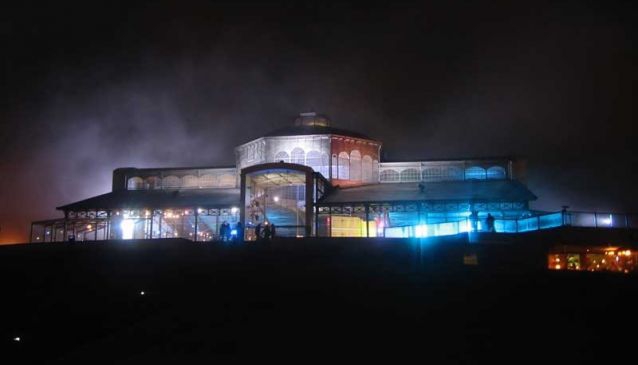 Itchimbía Park is a recreational complex that has become an icon of Quito. Located on the Itchimbía hill overlooking Quito downtown, it offers outstanding views of the city and magnificent sunsets. In summer, kites can be seen flying in the wind. It is a meeting place for young people and families to enjoy the outdoors in a tranquil environment.

The Cultural Center metal and glass building, also known as Palacio de Cristal (Crystal Palace), was imported from Germany in 1889 to serve as a marketplace in downtown. It is very similar to the well-known market of Les Halles in Paris. It was moved to its current site in 2004 as part of the Municipality's restoration program of the city. It fosters art exhibitions, literary encounters, and many other kinds of events.

Concerts like the annual festivals Quito Fest and Rock en el Itchimbía are held on the esplanade in front of the building.

Pim's Restaurant, located on the ground floor of the building, has an extensive menu with typical Ecuadorian food as well as international dishes, and a terrace to enjoy the views.

Free parking is available on the northern side of the park, next to the Crystal Palace.