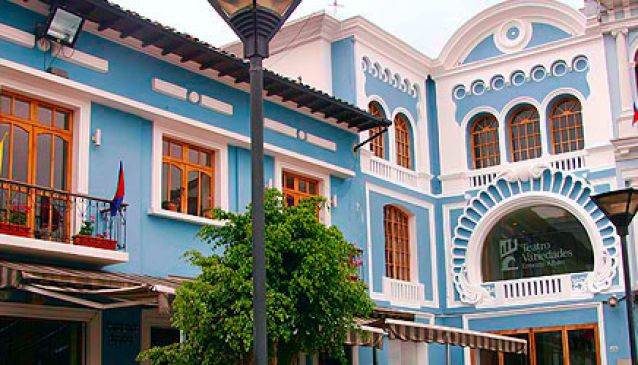 This theatre has a long-established presence in the capital's 20th century variety performances. It was built in 1914 by Italian architect Giacomo Badiconzinni and, having undergone a complete renovation, today shines as brightly as it ever did in its heyday. The revamp effort took almost two years but it was definitely worth it.

The theatre provides a home for all the acts and performances which don't quite fit into Teatro Sucre's more classical remit, or which are designed for a smaller stage. Its shows cover theatre plays, puppet theatre for children and adults, magic shows, film screenings, silent movies with live orchestras, comedy, dance recitals and even concerts. This place is a truly remarkable venue, hosting the very best of Quito's lively performing arts scene.

The capacity is 117 people. It is part of the Sucre National Theatre Foundation and it is located right across the Sucre Theatre on Plaza del Teatro. Tickets range in price from around $7, with many events free.