Quito City’s Tourism Bureau, called locally “Quito Turismo” was created in 2003, when the City received from the Ministry of Tourism the attributions, powers and functions to manage independently the city of Quito and all of its integrating territory’s tourism planning, development, management, regulation and promotion. The creation of a specialized City Tourism Bureau represented a landmark for the city’s tourism development. Immediately upon its creation, a mid-term consolidated Tourism Plan was prepared and launched (it was labeled as “Plan Q”), together with the design of a city tourism logo and destination brand symbols. Initially it functioned as a Metropolitan Corporation of Tourism and in 2009 it became a Public Enterprise, attached to the Municipality of Quito.

Since the Institution began its work, its main objectives have been: the development of new tourism products and innovation of existing ones; fostering the improvement of the tourism infrastructure; professional formation and coaching; fostering of the tourism investment in the city; development of specialized legislation and legal instruments and to lead the Destination’s Promotional activities. Quito Turismo has become a role-model Institution of its kind and has been nominated several times among the best local Tourism Bureaus in Latin America, due to its highly efficient management structure and systems, the creativity shown in generating new tourism products and the outstanding performance shown as a host-city to many international tourism and travel trade events, under the leadership of the institution.

Since 2010 Quito’s Tourism Bureau is under the direction of a charismatic, intelligent and enterprising woman, a native of the city with ample knowledge in the fields of planning and development. Luz Elena Coloma is a professional communicator who immersed herself in the magic of Quito city and its millenary history, culture and amazing geography. When she talks about the city, her deep blue eyes, much like Quito’s unique blue sky, shine with enthusiasm. When working as a TV producer and program presenter, she realized that her work was providing a showcase of the city for the world through the magic of television.  Recently interviewed by My Guide.com/Ecuador, she affirmed that such a perspective prompted her to learn “how to be a tourist” and how “to better appreciate a destination”. She had also worked at one of Quito and Ecuador’s most prestigious Tour Operating companies, a task which gave her new tools, know-how and the vision of the tourism professionals. Later she served Quito for two terms as a member of the City Council.

With such quality background, Luz Elena Coloma took the command of Quito Turismo and built a first-class team of predominantly young professionals to accompany her to conduct the multiple tasks of an efficient City Tourism Bureau. The success has been evidenced in many ways: international awards, recognitions and outstanding distinctions for the city; new tourism products which not only enrich the portfolio of activities to be offered to the visitors but also opportunities for new enterprising, inclusion of new actors, strengthening of cultural, artistic and artisanal spaces, better use of the public space and a sustained growth of international inbound tourism to Quito. 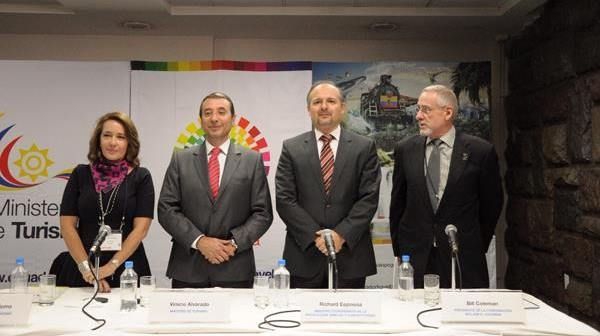 Quito’s City Tourism Bureau conducts, promotes and/or sponsors a variety of programs which cover the entire territory of Quito’s Metropolitan District. Among the most important are the National and International Tourism Promotion actions, such as the participation in specialized trade Fairs and major tourism events inside Ecuador and around the world; organizing travel agents and tour operators Familiarization Trips which are specially tailored for travel professionals and media, to achieve a greater and more positive impact by revealing a fantastic, world-class destination in Quito, its area of influence and Ecuador in general. Another line of action of Quito Turismo is the Development Area, where new routes, programs, products and activities are continuously being developed and incorporated to the city’s touristic offering. Tourist Facilitation and Tourist Information Services at key points of the city are available for travelers and tour services suppliers. A particular emphasis has been given to the subject of Quality. To enhance and materialize this particular aspect into practical actions, a well-planned Quality Certification was designed and implemented, represented by the “Q” Seal, which recognizes the fulfillment and compliance with norms, practices and quality standards by the touristic establishments. Currently 105 establishments in the Metropolitan District of Quito bear the prestigious “Q” Seal.

Quito Turismo also manages the Eugenio Espejo Convention Center, at the northern edge of Quito’s Historic Center, and the Bicentennial Events Center, in the premises of the city’s former airport. The El Quinde Shops (“The Hummingbird”, Quito’s bird-symbol) provide the visitors some of the best quality and most varied handicrafts produced by local hands and loaded with antique traditions and production techniques. During the relatively short time of the institution as the local “motor” for the city’s touristic development, other accomplishments ought to be mentioned (among several more), such as “Hands at La Ronda”, which fosters the artisans’ production and the rescue of one of the city’s most emblematic spaces, the colonial and romantic street of “La Ronda”, with its traditions, workshops, restaurants, bars and traditional games. The Annual Fair “Textures, Flavors and Colors” has become the second most important in Ecuador to showcase and promote handicrafts. “Heritage Nights”, staged every Saturday evening by a private scenic and acting arts collective, provides visitors and locals with an innovative and fascinating way to discover Colonial Quito by night in a unique experiential way. 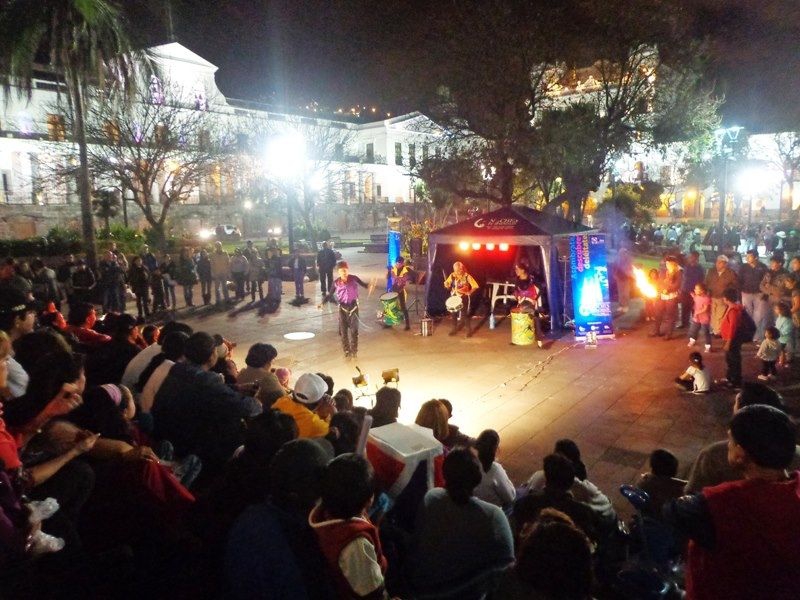 The list of products, events and activities created, designed, promoted and/or sponsored by Quito Turismo is endless and, just not to omit a few more, we should also mention Quito Tour Bus, a double-decker bus tour of the city, and the special events staged in the city and some of its rural parishes for special occasions, such as the Holy Week, and in the summer. A host of festivals, folkloric events, and sporting activities are held for travelers to enjoy the city to the fullest, whether on a conventional vacation, special interest or “niche” tourism visit, as well as for the business travelers.

This story cannot close without mentioning the fact that Quito was the first ever city in the world to be officially designated by UNESCO as a “World Cultural Heritage Site” in 1978. Just during the last two years, Quito won the first place as Leading Destination in South America at the World Travel Awards 2013, acknowledged as the “Oscars” of Tourism; the highly prestigious National Geographic Traveler Magazine included Quito in the list of the “20 Best Places to Visit in the World 2013”; Trip Advisor placed it among the top ten “Destinations to Discover 2013”; and a similar distinction was awarded to the city by the world-famous Lonely Planet Travel Guide. Even the New York Times’ bestseller “1000 places to see before you die” gave Quito a prominent place.

The General Manager of Quito Turismo, Luz Elena Coloma, proudly recognizes that a task undertaken with passion, responsibility and professionalism has provided the city with many satisfactions and the visitors with “truly unique experiences”, as she added with a broad smile. 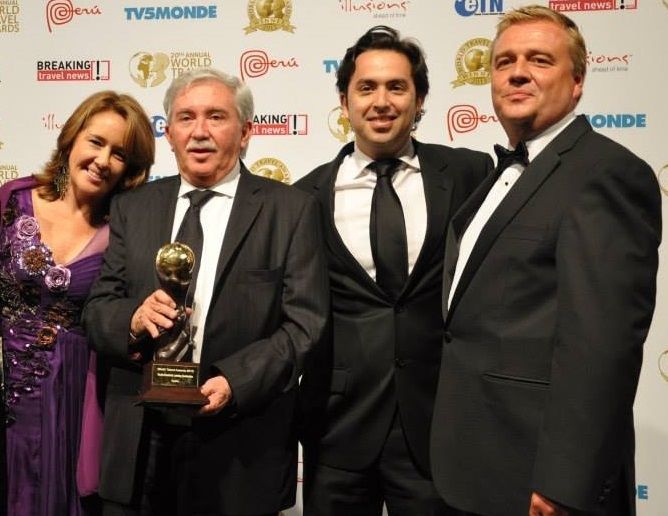