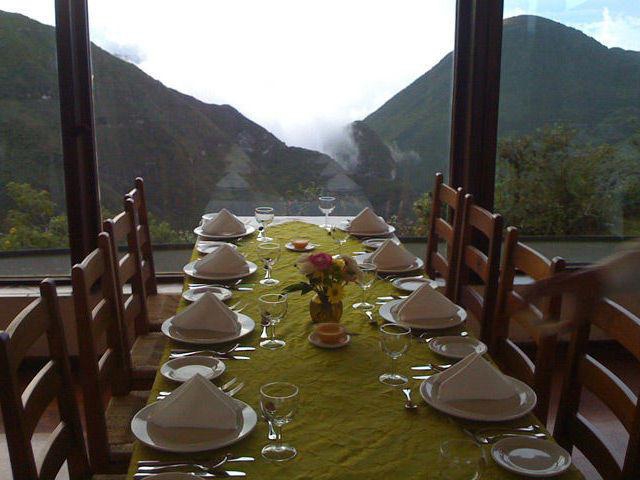 Let's forget about the food for a moment and take a look at the view, for this is really what makes this restaurant so famous and popular (though it should be noted now that the food is pretty spectacular too!).

El Crater is perched on the very edge of the Pululahua Crater of the volcano of the same name. The restaurant's ingenious architectural design has resulted in panoramic views into the crater and across the surrounding landscape. It is a truly awesome sight, and will probably be a holiday highlight for you. If you can just manage to put the camera down for a few seconds, however, you'll be able to enjoy the cuisine, too!

The fare at El Crater is traditional Ecuadorian cuisine, which sits harmoniously with the staggering beautiful natural surroundings. Amongst the authentic local dishes there are also several international options, for a bit of variety. The menu features incredible steaks, trout and a whole host of other delightful dishes, plus plenty of smaller snacks, wines and cocktails.

The restaurant boasts four separate rooms, each offering a staggering view of the crater and the surrounding country to amaze your eyes as you dine. After eating, a great way to walk off the meal is to take a wander around the edge of the crater - there are numerous paths for this essential excursion.