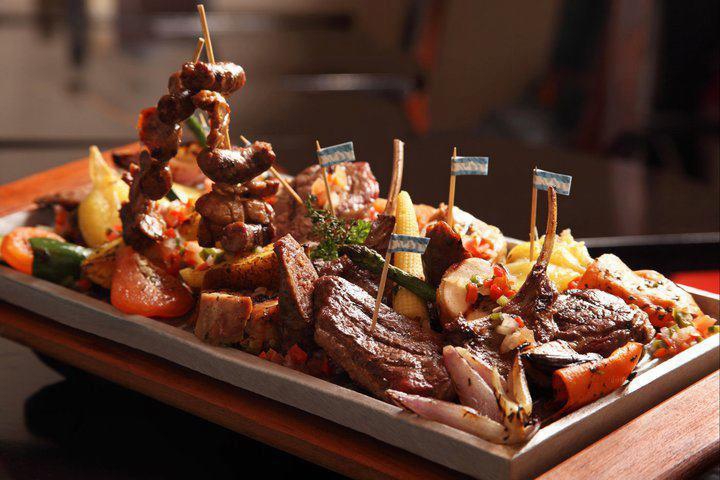 This fabulous grill restaurant specialises in succulent Argentine meats. But not only that, it also serves up lovely home-made pasta and fish dishes, spoiling you for choice.

Los Troncos has long been a classic in Quito and is very popular with locals and visitors alike. Indeed, it has even won awards, being voted the 'Top Restaurant in Quito' in 2005 by the Latin American Dining Guide in IN Magazine, as voted by readers who have been lucky enough to visit. It has also been distinguished by a diploma of 'Guarantee Wine', in recognition of its extensive and highly impressive selection of wines.

The menu at Los Troncos is a thrilling read for any steak fan, with a range of succulent cuts offered. It also lists chicken dishes such as pollo a la parrilla, and a selection of fresh soups and pastas including ravioli and fettuccine.

The restaurant is located in the north of the city of Quito, with good transport links, so it is convenient to reach. The establishment has been welcoming in people for over 17 years now, and the service is as warm, friendly and attentive as ever, which is testament to its continuing success on the Quito gastronomic scene.