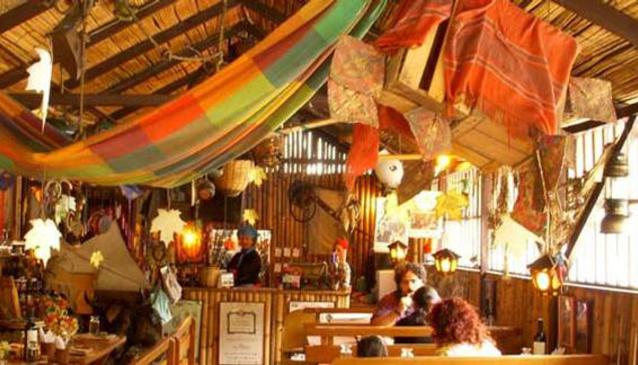 The name of this superb restaurant is inextricably linked to the history in which it is saturated. In Spanish, the word refers to a big, intense mixture of people and emotion, and as the venue was created in the immediate aftermath of the return of the entire population following a volcano scare, it is very apt indeed.

Everybody in the city was ordered to leave when the authorities became fearful the Tungurahua volcano was about to erupt, and they stayed away for 18 months.

This restaurant is a symbol of the determination of the people of Banos to return to normality following the period of upheaval, and to celebrate their continuing way of life. History aside, this is reputedly one of the greatest restaurants in Banos and everybody should visit if they get the chance.

The chefs began rediscovering - in some cases rescuing - traditional Latin American flavours. Gradually, the beloved Argentinian technique of grilling various meats was adopted, and now the venue is celebrated for its delicious and hearty fare.

It is open Wednesday to Friday.