People literally abandon themselves to the pleasures of partying for several days without stop.

One of the most famous popular festivities on the yearly calendar of celebrations in Ecuador is the Carnival staged in the central Andean city of Guaranda, capital of the small province of Bolivar. What makes this particular Carnival famous is the intensity with which the local population takes the fiesta, joined by thousands of national and international visitors, and also the particularities which make it different from those that are celebrated elsewhere in the country or abroad.

Guaranda is a quaint city, located in a fertile Andean valley, on the western slopes of the colossal Chimborazo Volcano, Ecuador’s highest mountain, rising to over 21.000 feet above sea level. The scenery that surrounds the colonial style city and its condition as important crossroads for the commerce between the Andes and the Ecuadorian Pacific Coast, make it interesting in many ways.  It is also known as the “City of the Seven Hills”. 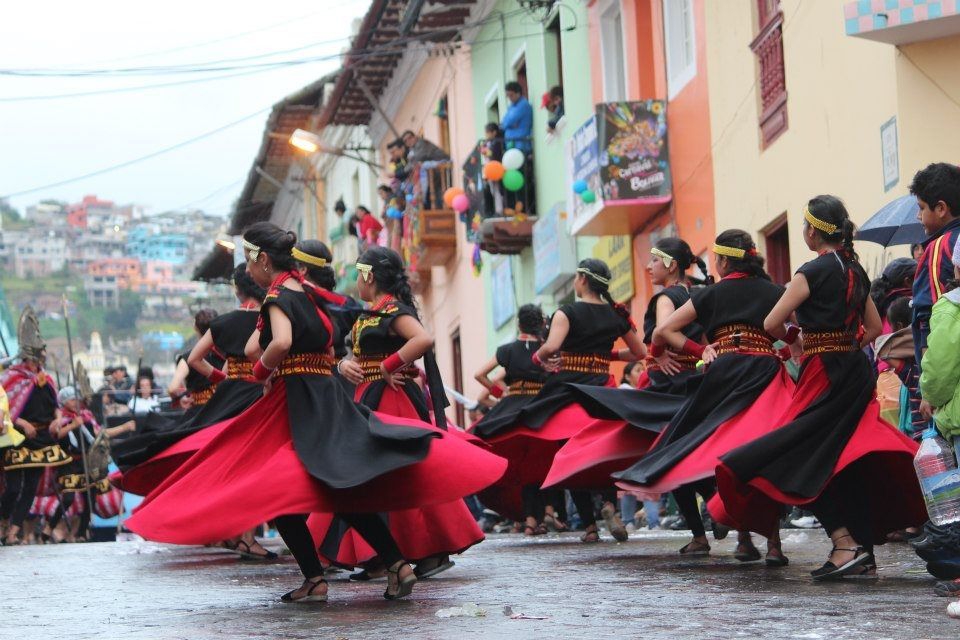 Unlike more traditional Carnival celebrations, basically “imported” by the European cultures which conquered the Americas in the late 1400’s, the Guaranda Carnival claims to have its own ancestral roots, those of the Pre-Hispanic cultures which inhabited the present-day territory of Ecuador before the arrival of the Incas or the Spaniards. According to history, local legends and traditions, the Carnival was celebrated to honor Mother Earth and nature, who they worshipped. The central character was the Guaranga Cacique or Lord, who presided over the entire celebrations. When the Spanish conquistadors arrived, they introduced their own version of Carnivals, basically originated on the Roman festivities, which later were located by the Roman Catholic Calendar as a prelude to the period of Lent, the Holy Week and Easter Celebrations.

The Guaranda Carnival is a fantastic display of joy, colorfulness, music, dancing, eating and drinking. People literally abandon themselves to the pleasures of partying for several days without stop and leaving aside any other matters or concerns. Bright costumes, symbolic masks, parades, singing and sharing the traditional drinks and foods of Carnival with relatives, friends, neighbors and even strangers is the norm. The celebrations feature intense sessions of throwing each other water-filled balloons, water buckets, perfumed water, flowers, talcum powder, flour and other elements, while one single “official” song fills the air continuously day and night. The festivities are a reflex of the profound syncretism or blend between the indigenous cultures, traditions and cosmology and those that were brought by the European conquerors and the Catholic religion. 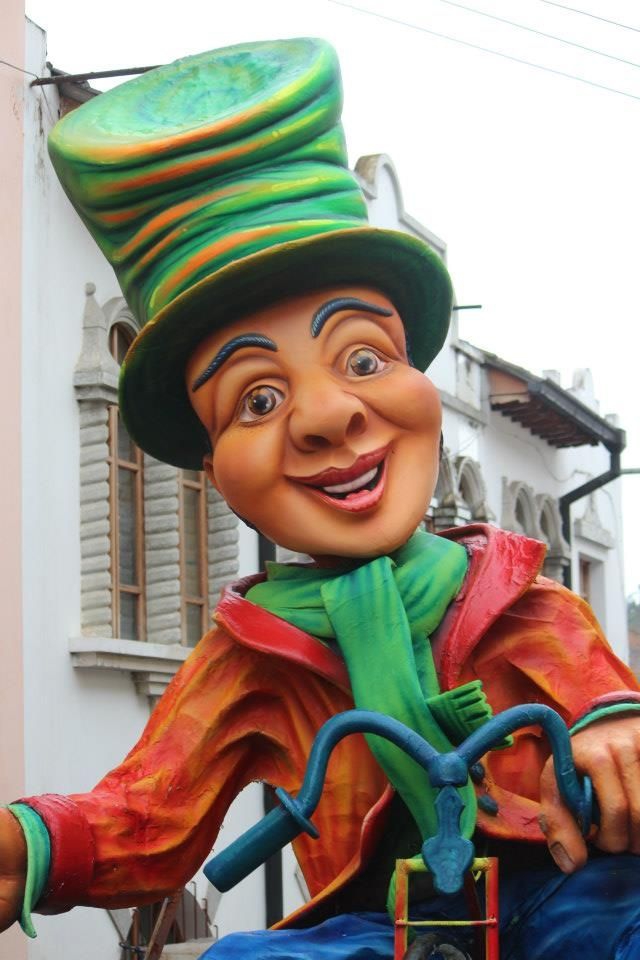 The Guaranda Carnival kicks-off with the “grand entry” to the city of the “Taita Carnaval” (“Taita" is the kichwa word for “Father”), which occurs around ten days before the actual festivities. It is an impressive parade, presided by a prominent male member of the local community, who represents power, wealth and, in this case, is also the provider of happiness, presents, and food and leads the party spirit. His characterization earns him the respect and gratitude of the massive party-goers. As in most indigenous-rooted rites, the Taita or Father is accompanied by a “Mama” or Mother, in this case the “Mama Carnaval”, who joins in presiding over the lively rituals, which include dressing-up in representative costumes and disguises with painted faces or masks and vociferously chanting the Carnival song to the beat of drums, flutes and panpipes. Parading through the city’s main streets, the exuberant caravan is escorted by musicians, bands and poem readers who recite verses which also fuse the indigenous with the European, producing dramatic samples of the “mestizo” culture. 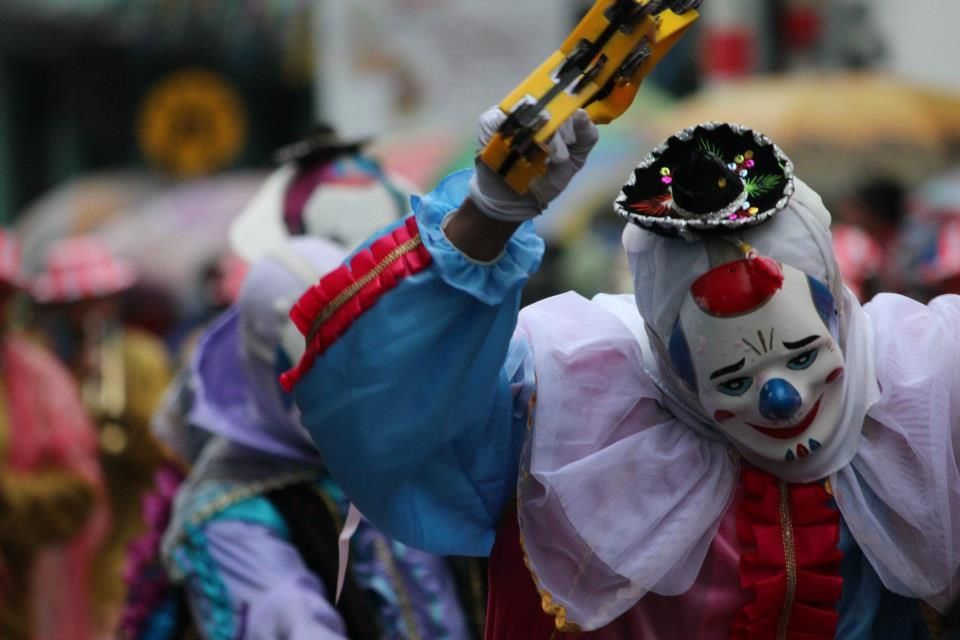 A basic element of this festivity is the spirit of sharing. As in past epochs, when the local tribes prepared abundant food and beverages for the visitors from the surrounding areas, the concept of sharing with friends and strangers alike the food, the drinks and the joyful party spirit has been preserved up to these days. The signature beverage of the Guaranda celebration is the “pajaro azul” (meaning blue bird), a strong alcoholic concoction made of sugar-cane based fire-water and local herbs which give the drink its bluish coloration. The more indigenous rooted prefer to stick to the ancestral “chicha” drink, a fermented maize-based brew. Food includes roasted guinea-pig, potatoes, maize and pork prepared in many traditional and certainly delicious ways.

The main festivities last up to a whole week, from the 26th February to the 3rd March in 2014, and are also related to the ancient celebrations around the Spring Equinox, to which the Carnival is usually very close in time. It takes some three and a half hours to reach Guaranda from Ecuador’s capital city of Quito, on a very scenic drive south along the Pan-American Highway, passing Ambato and then taking a southwestern branch of the Pan-Am. So, if you have the chance, don’t miss the opportunity of being a part of this amazing celebration already included in Ecuador’s inventory of Intangible Cultural Heritage expressions.

If you have been inspired by Luis' article, go ahead and plan a trip to Guaranda at Carnival time. Check-out Accommodation in the area and other Things To Do while you're there. Rent a car or take a bus; Guaranda is about 4 hours away from Quito, Guayaquil or Cuenca. 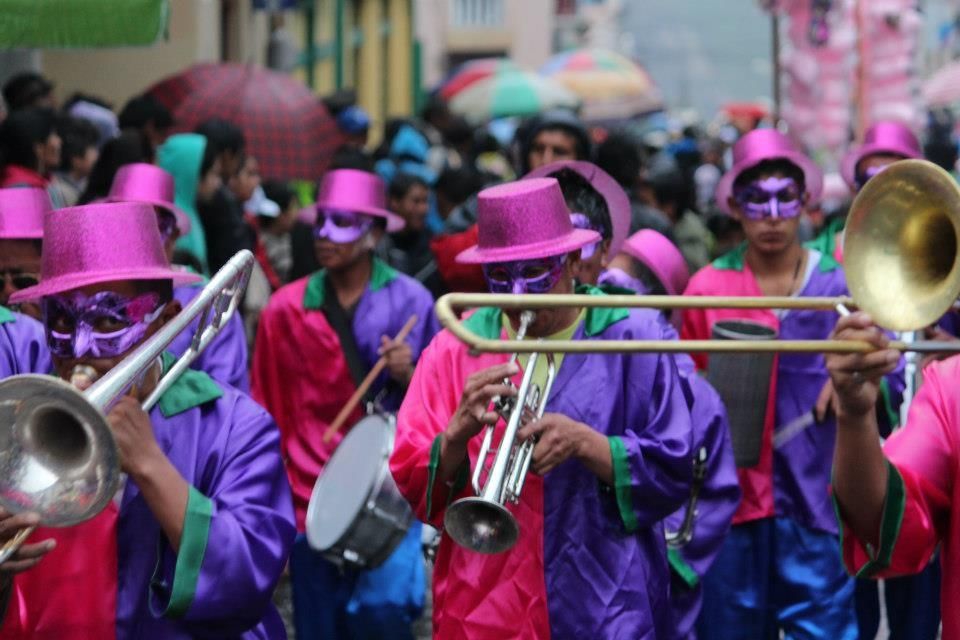